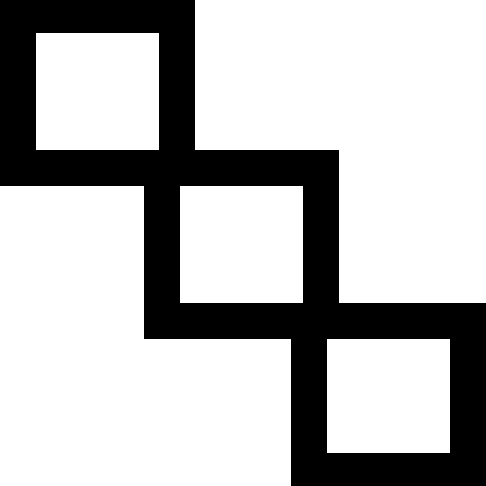 I went to Roosevelt.

The design of this tile are three rings meant to represent the monkeybars in the playground in Roosevelt. There are three, one for me and two of my brothers, or me and my two best friends who played together on the playground.

I was six when we left Lima, so it’s not a surprise that the first physical memory I have of my school, Roosevelt, is the playground. It was enormous, and the ground was made of pure sand, likely a choice made in order to break the many falls that occurred within the reckless arena. The best part though, was the monkey bars. No matter what age you were, you gravitated towards them, attempting to get across, or watching other kids do tricks: flipping upside down, getting across two at a time, etc. They were a focal point, and my brother Conrad, who knew that, took full advantage.

When he was in elementary school, Conrad would stop by the monkey bars at the end of the day and look through the sand below. He knew that kids kept money in their pockets, and discovered that when they flipped and turned, that same money often came tumbling out just to get lost in the sand. If he spent enough time looking, he would find five to ten soles, and spend it on snacks after school.

This story describes Conrad’s ingenuity perfectly, even at a very young age. It’s something that I remember stuck with me, and that I had wanted to mimic when I grew up.

My brother Santi introduced me to my best friend at the time on the same playground. She was his friend's younger sister, and the two of us just hit it off. Together with another friend, we would play Powerpuff Girls as we waited for our brothers to get out of class. We each stood on our own platforms within the play castle, running from side to side, calling to each other and having the most amazing time just the three of us and our made up games.